When Marianne met Sophie in 2018 she told her “I want to be walking in a year.” Through a tremendous amount of resilience and hard work, she managed to do it in eight months.

Upon meeting Marianne you may be surprised to learn that beneath her bubbly personality and great sense of humour, is a story in which she has had to overcome more than many of us can imagine.

In 2013 Marianne was diagnosed with Dystonia, a neurological movement disorder that causes the muscles in the body to contract or spasm involuntarily. This left Marianne unable to walk and in a wheelchair. Unfortunately, it also meant that she had to move out of her and her husband Don’s home, and into a residential aged care facility. It was this experience that gave Marianne an incredible amount of motivation to walk again.

Noting the importance of resilience in her journey, Marianne explained that it was “the resilience to get from there to here, there wasn’t a plan, just an ‘I have to get out of here.’” Marianne started coming into the Healthy Connections clinic twice a week. Sophie explained “at that point she wasn’t able to walk and struggled to stand up unsupported.” 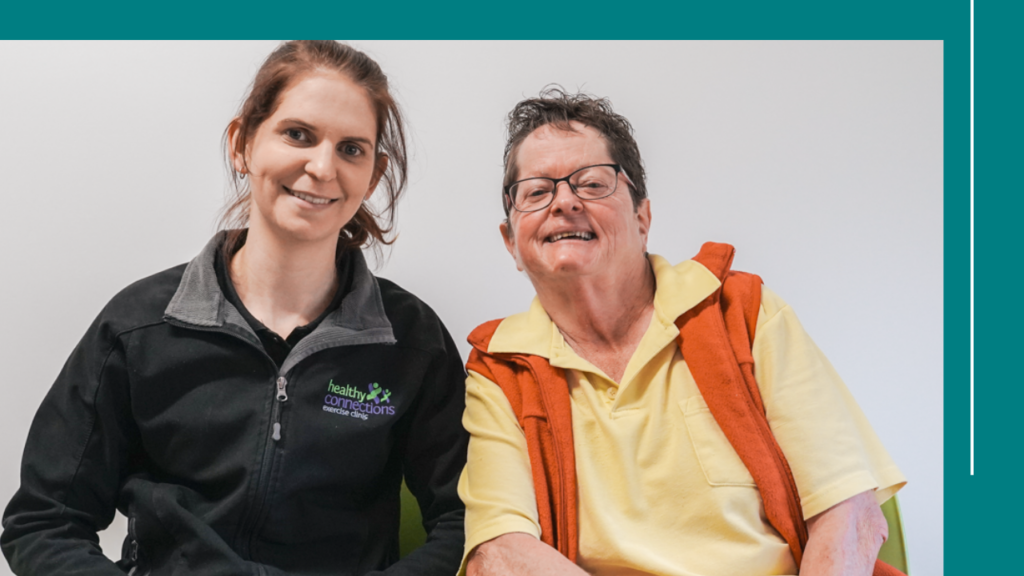 “We would do a lot of seated exercises, and gradually over time we got Marianne off a chair and onto a walker. As time went on, she got off the walker and now walks unsupported.”

“It’s been a year now since I left the aged care facility and moved into a retirement village. I have since moved from there and am in independent living with Don. I’ve done a 360 with my life in the last five years” Marianne said.

Nowadays Marianne walks often. She walks to the grocery store and walks a kilometre from her place to the Burnie Brae Centre. “It takes about 15 to 20 minutes, whereas before it would take me that long just to walk to the bus stop [about 200 metres].”

Reflecting on her journey, Marianne is incredibly gracious. “I couldn’t have got this far without Sophie and Renee in the gym, and Jodie and her mastery of the NDIS system.” 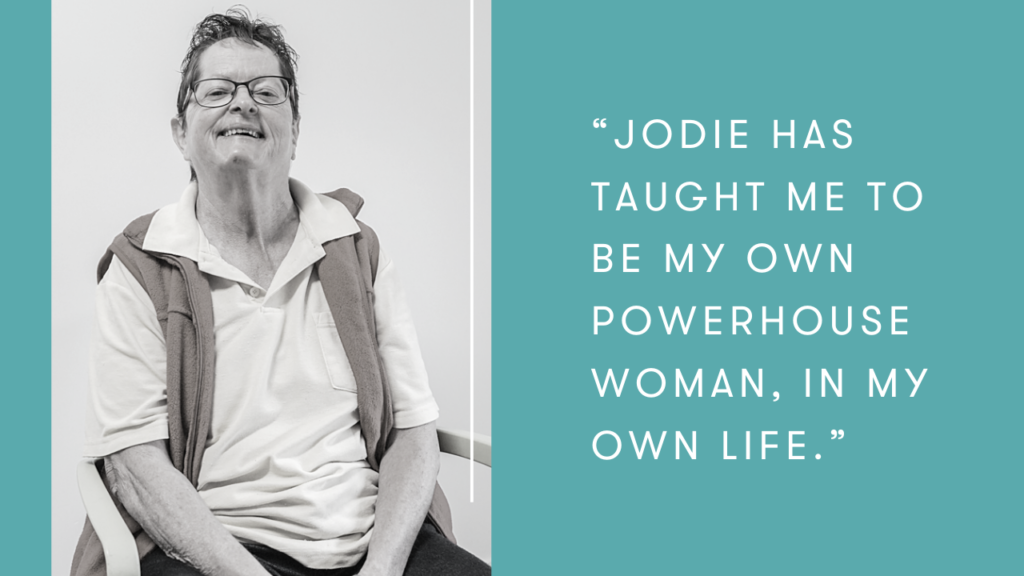 When asked of her message for others Marianne stated “Exercise is really good for everyone, no matter what your age is, you don’t realise how important your muscles are until you lose them, and they’re hard to get back once they’re gone”

Thank you for sharing your story with us Marianne, you are incredibly inspiring!